We had a month to create and publish on a Github repository a web-based game loosely built around one of the following themes:

The theme had not to be a main aspect of the game : we could do a FPS where we could throw forks at water balloons for example.

I was lucky, because as I read the blog post, I immediatly had an idea about the game I could implement for the contest. Although I was not sure the idea was very original, this was a start, and as I needed a break for my Unlimited Galaxy project, I decided to participate to this contest.

I got the idea from my experience both as a player and as a github user.

When I was very young (around 7) I loved to play a game called Rayman 1. I must have played hundred of hours to this game, on my computer which probably wasn't faster than 100 MHz at the time being.

Well, nowadays I am still a big fan ; this is probably the most imaginative and hard game I have ever played. I don't know how the designers got their ideas from, but this game is a real masterpiece. If you are a fan of old and / or platform games and haven't played it yet ; just do it.

My idea came from a level of this game, Band Land, which I made the connection with the github network graph.

I imagined octopus running on these branches as on the Band Land level in Rayman, and that was my starting point.

After some thinking, I decided that :

The gameplay was inspired by an excellent free game I had recently downloaded on the Iphone App Store: Mega Run. 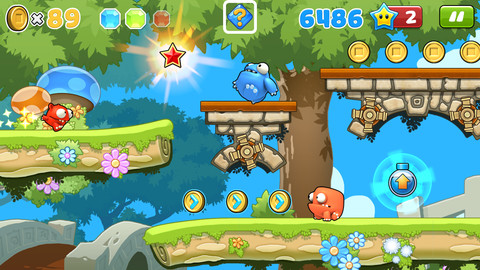 Though the gameplay is not unique (I could also quote Jetpack Joyride for example), it is very simple and very well implemented on this game : the main character is always running to the right, and all the player can do is jump by pressing the screen.

Ok, so I had a character moving and jumping on the github network graph. But the player needed a purpose. I imagined multiple but simple goal :

I was then ready to move on on the project realization.

My limited design skillset prevented me to create a very elaborate universe.

Branches on the networks graphs were represented by lines and circles, so nothing very spetacular here.

The thing which took me the most time to design was the octopus character which was running and jumping on branches. Here is the running sprite : 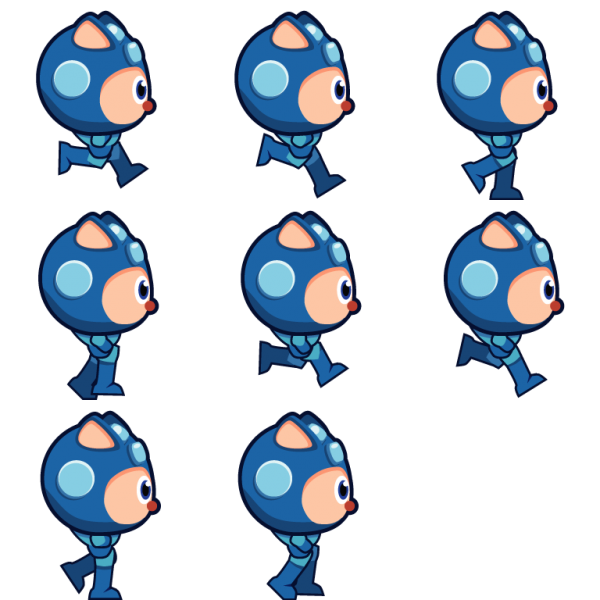 Of course, it was inspired from the Github Game Off contest picture: 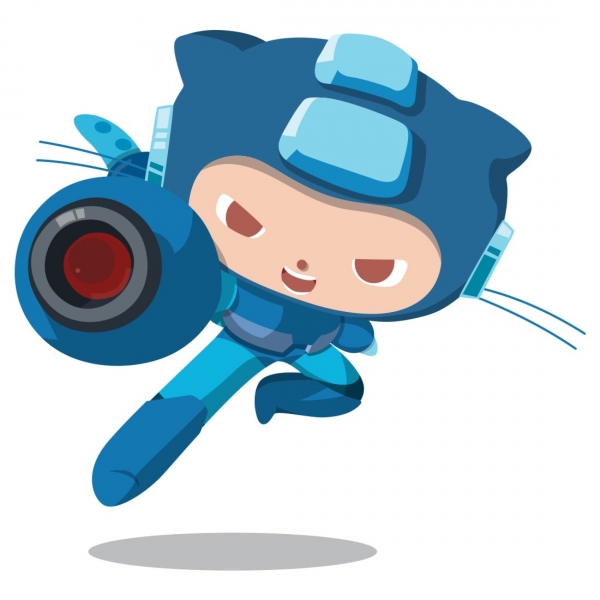 As I wrote earlier I chose Unity because I already knew the framework and because I enabled me to export it easily to mobile if I wanted.