On April 2 2013, I received an email from TopCoder announcing a challenge by NASA to implement an image recognition algorithm for their robot Robonaut 2.

Here is the small teaser NASA published on youtube:

The Robonaut Challenge is part of the ISS Challenge Series organised by NASA in order to solve some issues related to the International Space Station. This challenge series is separated into three main challenges:

I will try to summarize the problem, but if you want to learn more on the subject, I suggest you to take a look at the Problem Statement.

Being a big fan of space related themes and as I was familiarized with TopCoder marathon challenge, I decided to dive in.

Robonaut 2 is the first humanoid robot in space and it was sent to the space station with the intention of taking over tasks too dangerous or too mundane for astronauts. But Robonaut 2 needs to learn how to interact with the types of input devices the astronauts use on the space station. And it has to recognize the current state of the taskboards before it can operate on them ; which buttons are already pushed, which leds are active, is the power switch flipped, and so on.

This is the purpose of the challenge. In order to do so, a several pictures of a unique taskboard is provided. These pictures are separated in 5 subsets: 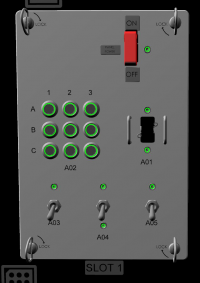 Simulated image of the taskboard 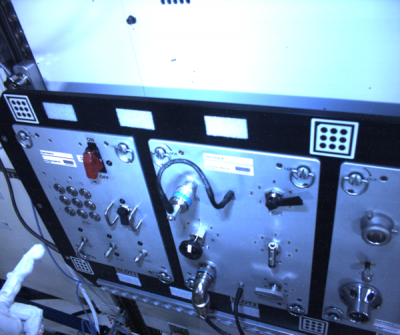 Real picture taken on the ISS

On the taskboard, the following items have to be recognized : 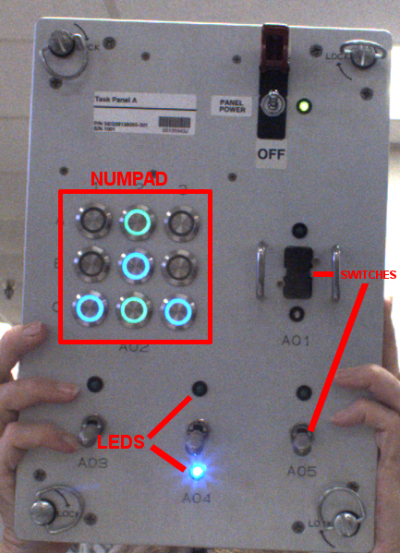 Illustrations of numpad buttons, leds and switches on a Lab3 picture

As I won the contest, my solution was sold to NASA so I am unable to publicly give technical details about the solution. Here are technologies I have used :

The submitted source code can though be found on the official website. Please note that we had to send the source code in one unique file, so it might be difficult to read (I wrote my submission into many files and used a PHP script to compress them into one file). 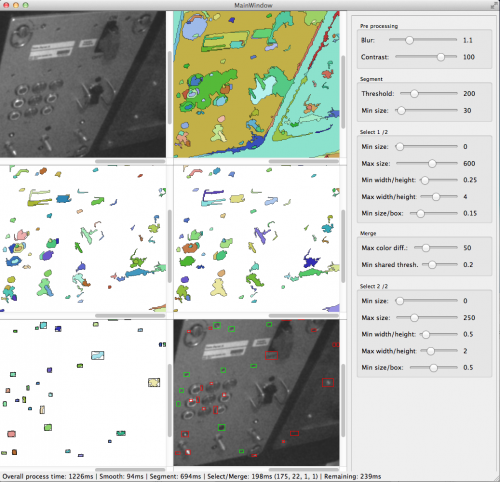 My submission had an overall 89% success rate. The algorithm was able to detect correct states and elements positions even when some parts of the taskboard were not visible. It took generally 3 to 5 seconds to detect all buttons / leds / switches. 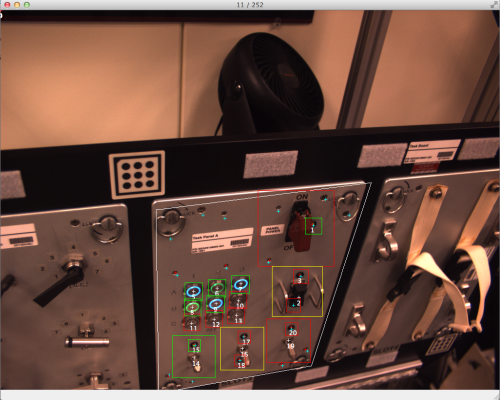 The contest had orginally a length of 3 weeks, but an other contest extended it for one more week. On the first contest, I ended up in the 2nd place, and on the second contest, after working on the algorithm performance, I ended up in the 1st place. Official standing pages can be found here, here, and here.